“Clean Harbors concluded a successful 2010 with a strong fourth-quarter performance, as we delivered 34 percent growth in EBITDA on a 20 percent increase in revenue,” said Alan S. McKim, Chairman and Chief Executive Officer. “We experienced a continuation of the favorable industry trends we saw in the third quarter, achieving double-digit growth across a number of key markets including Chemicals, Manufacturing, Oil & Gas, Refineries and Utilities.”

“Both our Environmental business and our Energy and Industrial business generated momentum during the quarter,” McKim said. “Within Environmental, utilization at our incinerators exceeded 93% for the quarter – our highest level of 2010. In addition, a sharp uptick in projects drove total landfill volumes up by more than 60 percent from the same period of 2009. Within our Energy and Industrial business, increased investments in Western Canada by major energy companies continued to spark production activity, creating new opportunities for us throughout the region and generating another excellent quarter for our lodging business.”

Clean Harbors reports EBITDA results, which are non-GAAP financial measures, as a complement to results provided in accordance with accounting principles generally accepted in the United States (GAAP) and believes that such information provides additional useful information to investors since the Company’s loan covenants are based upon levels of EBITDA achieved. The Company defines EBITDA in accordance with its existing credit agreement, as described in the following reconciliation showing the differences between reported net income and EBITDA for the fourth quarter and full year of 2010 and 2009 (in thousands):

“Our outlook remains decidedly positive as we head into 2011. We are continuing to see indications of the general economic recovery as we maintain an active pipeline of potential new projects within both our Environmental and Energy and Industrial businesses. We are excited about the prospects for our pending acquisition of Badger Daylighting, and are continuing to evaluate additional strategic acquisition opportunities,” McKim concluded.

Based on fourth-quarter performance, and current market conditions, Clean Harbors is increasing its 2011 annual revenue and EBITDA guidance. The Company currently expects 2011 revenues in the range of $1.54 billion to $1.59 billion, up from its previous revenue guidance of $1.52 billion to $1.57 billion. For 2011, the Company expects EBITDA in the range of $262 million to $270 million, an increase from its previous guidance of $258 million to $267 million. This guidance is exclusive of any potential future acquisitions, including the Company’s planned purchase of Badger Daylighting. 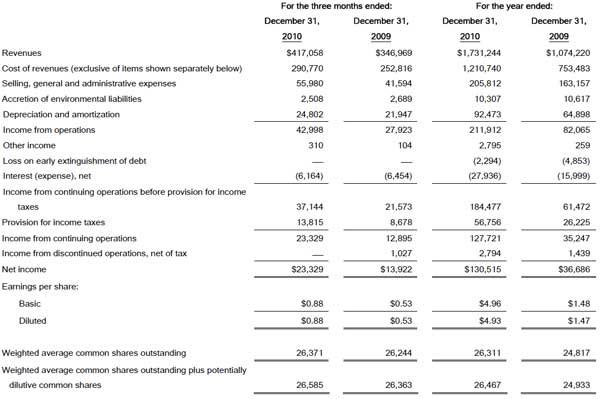 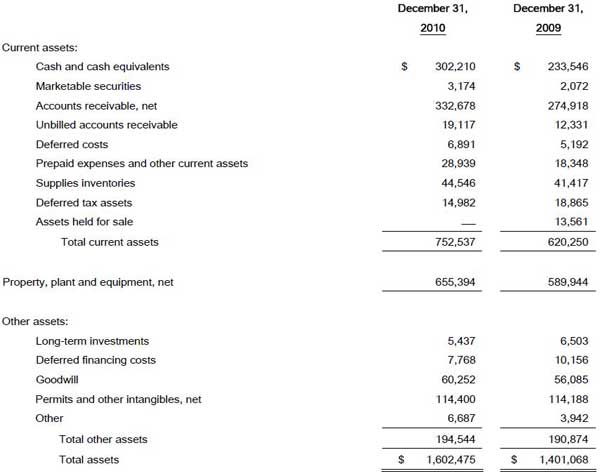 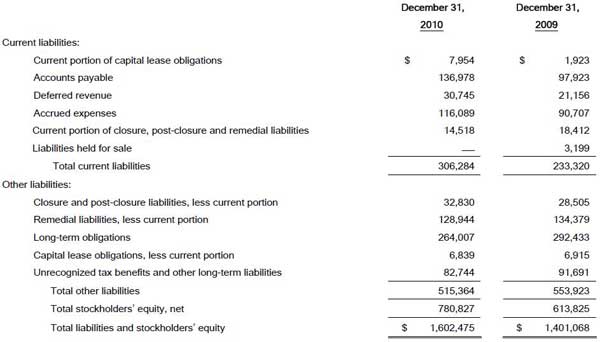